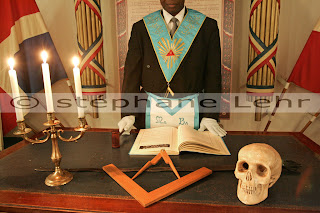 Praise be to Allah Alone. Peace and blessings be upon the Last Prophet.
The Permanent Committee for Scholarly Research and Ifta' has reviewed many queries registered by the General Secretar
iat of the Co
uncil of Senior Schol...
ars with numbers: (7180), dated 11/11/1421 A.H., and (7246), dated, 17/11/1421 A.H., etc. One of them is as follows:
Recently, a playing card game called Pokemon has gained popularity among school students. This game captivates them and becomes the main concern of a large sector of students who are ready to spend their money on its cards. The cards are sold at prices of 10 to 600 Riyals and sometimes of 2000 or 3000 Riyals per card. The students spend most of their time keeping track of the latest news of this game and searching for the latest version everywhere. Because of its vast popularity, special markets and places are founded to sell, purchase, and exchange this game. Furthermore, many competitions where many students participate to
(Part No. 26; Page No. 287)

play cards are held. Even worse, many parents are interested in the latest releases of this game and spare no effort to support their children to enjoy this game. They, being aware of its great effect on the children, use these cards to punish or reward their children. This brief report, which is intended to show some facts and serious threats of this game to the creed, behavior and education of our children, gives an overview of this game emphasizing its negative effects. I provide this information to help the people who care about the proper Islamic upbringing of their children.
Its origin:
Pokemon was originated in the Far East, specifically Japan in the 1990s. It was created by a Japanese video game designer named Satoshi Tajiry whose hobby was collecting bugs. He imagined that the world would be invaded by a huge number of strange creatures and insects coming from space. Man would hunt these species that gradually evolve and transform into higher level creatures. For example, one-headed creatures may evolve into a creature with three heads or
(Part No. 26; Page No. 288)

two hands and legs.
Nintendo, a big Japanese company, was impressed with the idea of the game. They worked on it and hired a large number of designers and painters to create the models of the game. Nintendo imposed gag orders preventing the press from covering the places where the designs are made. They refused to disclose any information to one of the American TV channels which wanted to make a report on these designs.
The game soon began to gain popularity around the globe helping the company make profits of billions of dollars. They have offices in many capitals, create press releases, periodicals, video tapes and websites. Many TV channels broadcast the programs of the company.
How to play the game:
The producers of the game set rules and regulations for playing bearing in mind the concept of continuity. The player searches for the latest releases endlessly. The game is of various kinds. The complicated kind, which takes a long time to learn, involves a dice, a specific table and medals. In the simple kind, the player who has the card with more advantages knocks out the opponent who has the less advantageous cards.
(Part No. 26; Page No. 289)

The card with more advantages contains certain symbols and numbers that increase its value.
The religious violations included in this game:
First: gambling is the basis of the game, as it entails forbidden gambling. Two players compete with each other with a number of cards which have different values. The winner is the one who possesses the advantageous card which knocks out the less advantageous one. The loser, if he does not want to lose the card, may pay its value or the money required by the winner. This is one way of gambling done during Jahiliyyah (pre-Islamic time of ignorance) when men used to gamble away their money and family, and if they lost the gambling, they would waive their money and family to the winner. Allah says in this regard, Intoxicants (all kinds of alcoholic drinks), and gambling, and Al-Ansâb, and Al-Azlâm (arrows for seeking luck or decision) are an abomination of Shaitan’s (Satan) handiwork. So avoid (strictly all) that (abomination) in order that you may be successful. The situation is not different with this game. The student gambles the cards with the monetary value and the winner takes these cards. If the loser wants to keep the cards, he has to pay their value.
Second: the theory of evolution is a main element. One of the most important things
(Part No. 26; Page No. 290)

that makes man condemn this game is adopting the theory of evolution developed by Darwin. This theory states that all species o...f organisms evolve and that the origin of man was an ape.
Astonishingly, the children frequently use the word "evolution" inside and outside the game. You can hear them saying that this creature contained in the card has evolved to another form. They are fond of this evolution.

Third: the symbols and logos of devious religions and organizations are used. If you consider some of these cards, you will be shocked and upset by what you find. There are symbols, images, and logos that have serious meanings indicating that this game is not intended for entertainment purposes as claimed by its producers and marketers. Many of these symbols are used by organized yet destructive movements who accurately work to spread their devious ideas. This symbolism allows them a wide space to maneuver and deceive whoever they want to mislead. They interpret things as they like to make them attached to that thing and be impressed. A large sector of our children
(Part No. 26; Page No. 291)

is attached to this game as the movements planned. I will mention some information that shows the importance of these symbols, logos, and animations for the devious organizations. They say that the secret is conveyed through the word, image, and texts. The texts are rituals that can not be spread except in partially distorted form. The symbols include the following:
a- The six-pointed star: You rarely find a card that does not contain such a star. It is associated with Judaism, the logo and sign of the state of Israel, and the first symbol of the Masonry organizations in the world.
b- The cross: The game contains many forms of the cross which is the symbol of Christians.
c- The angles and triangles: These symbols have important meanings for many devious organizations; like Masonry.
d- Symbols of the Shinto creed: Shinto is a polytheistic religion that exists in Japan. The Japanese deify the sun, the earth and many plants and animals. The game contains many of these images.
Many people ask about the ruling on playing Pokemon.
A: Since this game involves many religious violations including polytheism and gambling
(Part No. 26; Page No. 292)

forbidden by the Qur'an and associated with intoxicants (all kinds of alcoholic drinks) and Al-Ansâb, where Allah says, O you who believe! Intoxicants (all kinds of alcoholic drinks), and gambling, and Al-Ansâb, and Al-Azlâm (arrows for seeking luck or decision) are an abomination of Shaitan’s (Satan) handiwork. So avoid (strictly all) that (abomination) in order that you may be successful. Shaitân (Satan) wants only to excite enmity and hatred between you with intoxicants (alcoholic drinks) and gambling, and hinder you from the remembrance of Allâh and from As-Salât (the prayer). So, will you not then abstain?
Furthermore, this game promotes and circulates the symbols of disbelievers and the forbidden images. It is also a form of consuming money unlawfully.
Accordingly, the Committee decides that this game, earnings gained through it, its sale or purchase are all prohibited, for it is a form of gambling that is forbidden by Allah and His Messenger. The Committee also recommends that every Muslim should be careful of this game and prevent his children from playing it to preserve religion, morals and creed.
May Allah grant us success! May peace and blessings of Allah be upon our Prophet Muhammad, his family and Companions! 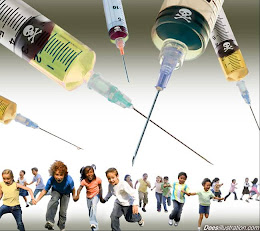 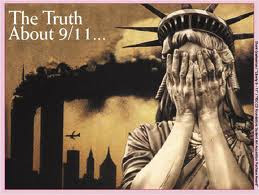 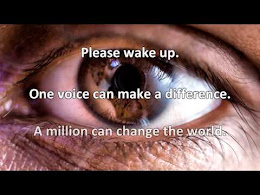